The Virtual Paintout for April 2016 was in Sri Lanka!  Wow, what an exciting country to see.  While under British Colonial rule the tiny island country near India was known as Ceylon.  It's been named Sri Lanka since 1972 when it became a republic.

I never have enough time to look around using Google Street View as I would like.  I try to look for something that appeals to me to paint while depicting a characteristic view of the place.  When I found a colorful temple and also a peaceful river scene, I couldn't top the two views for my two paintings. 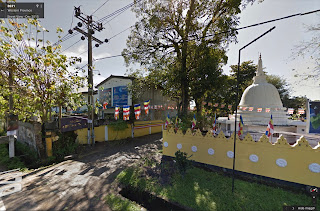 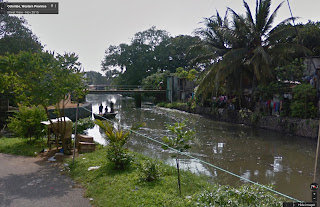 Posted by Sherry Schmidt at 6:00 PM