Last Saturday was a very pretty day to paint at the 1906 Wrigley Mansion, officially Tournament House and headquarters for the Tournament of Roses parade on New Years day.  Besides a possible painting of the stately mansion, the surrounding gardens feature over 1000 varieties of roses.  It was a little early for most of the roses to be blooming but there were a few early flowers.  My previous watercolor there was two years ago, Wrigley Roses.  I chose the same spot to paint from this time and did quite a bit of editing out the modern part of the building.  I added more flowers too! 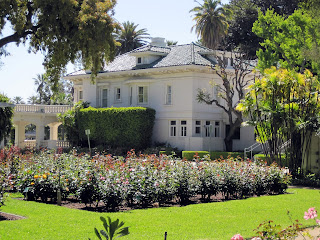 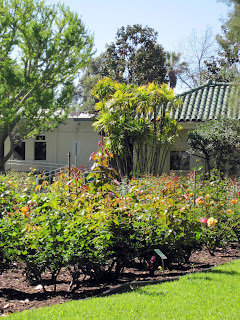 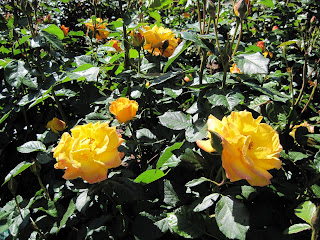 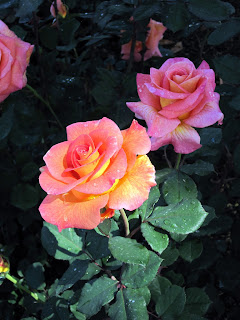 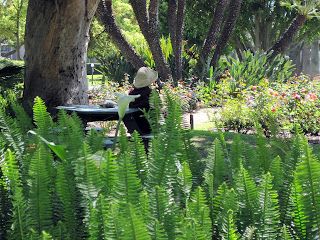 Posted by Sherry Schmidt at 7:09 PM No comments:

The paint-out group met at Arlington Garden in Pasadena last Saturday.  We like to visit the wonderful garden to paint the red poppies.  Of course there are also the bright orange California poppies there too.  I see I posted a painting from last April, Arlington in April.  One spring a few years ago, there were many more red poppies but gardening is always being done and flower beds change.  We were still able to find some red poppies which we are always happy to see here in Southern California. 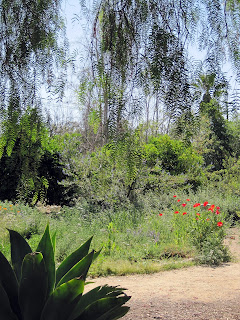 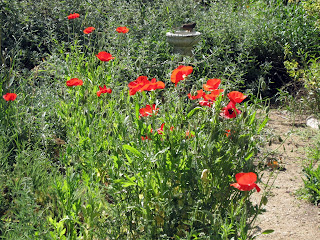 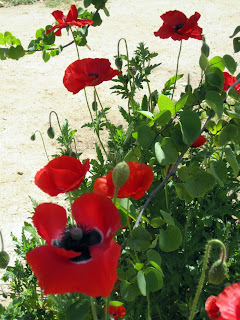 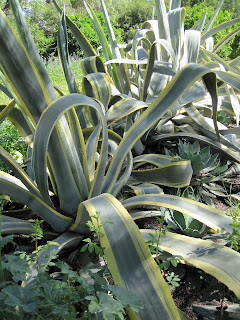 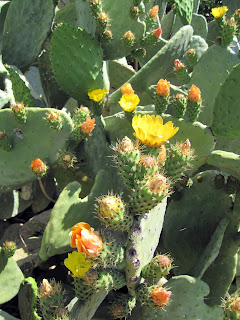 Posted by Sherry Schmidt at 5:42 PM No comments:

Last week was the 2018 Los Angeles Plein Air Festival.  I've enjoyed participating in the past two events, Plein Air Festival 2016 being the previous festival.  I painted last time at the 1924 Spring Arcade building at the Broadway entrance in downtown L.A.  It was fun to return to the same location to try another street scene this year.  The eye catching, red Los Angeles Theater sign is such a terrific downtown landmark.  I wanted to include it in my view.  It was nice to see that the Spring Arcade is looking busier with more restaurants, and very festive with cheerful white lights criss-crossing the main walkway.  Although participating artists can paint anywhere in the city I would be happy to try this downtown view again next year. 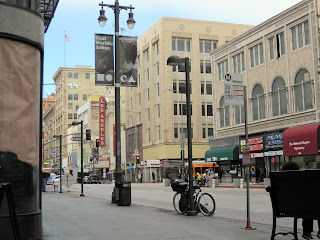 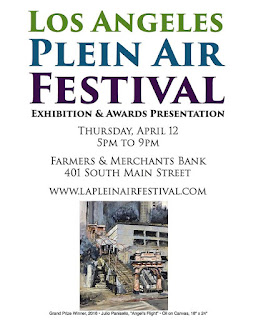 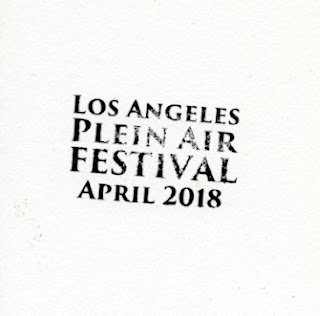 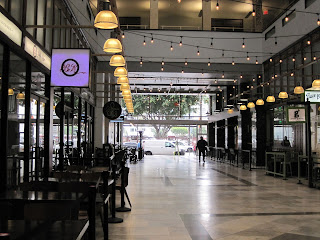 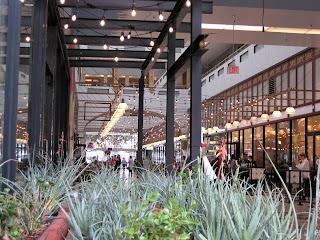 Posted by Sherry Schmidt at 11:46 PM No comments:

I'm very late getting started on April blog posts.  This post was sort of another experiment.  I was studying a favorite artist's watercolors and for at least one piece, he started with abstract watercolor washes and shapes.  So when the paint-out group met at the Oaklawn Bridge I started out with an abstract first stage.  The home on the hill that I could barely see through the foliage would be okay if it was a little abstract.  It was a chilly morning, and fun to see the Metro Rail trains going by.  My previous piece at the Oaklawn Bridge was Greene Brothers' Only Bridge. 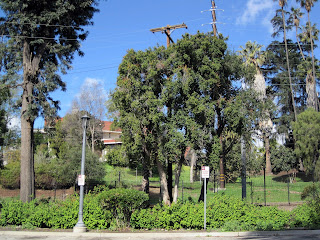 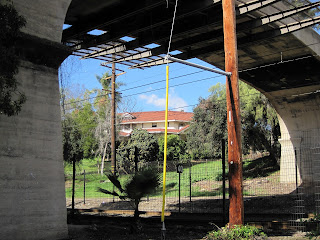 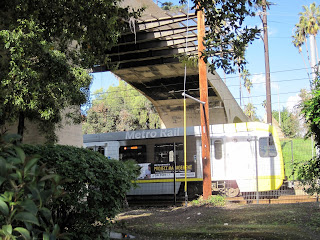 Posted by Sherry Schmidt at 8:08 PM No comments: