Well, the park was at least new to me for a paint-out.  It's Burke Heritage Park in Alhambra, next to the Alhambra Historical Society.  I've driven by it many times.  But what always caught my eye was the block of "picturesque" tanks next door.  Maybe water tanks.  Usually some kind of construction seemed to be going on there.  Since I really enjoy industrial subjects like utility poles and storage tanks, I had wondered about painting there sometime, but considering that it's fenced I didn't think it would happen.  But our wonderful paint-out organizer scheduled the park next to the tanks.  It's a mostly green grass park with a small garden, and tanks across the street.  But from where I was I didn't see a good view of the tanks to paint.  Maybe next time.  I did like the view to the east which had some palms and utility poles. 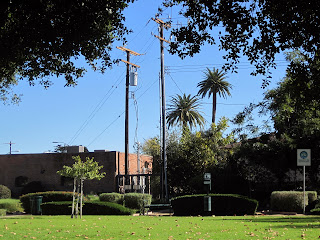 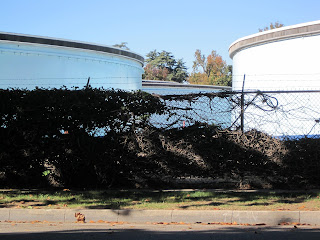 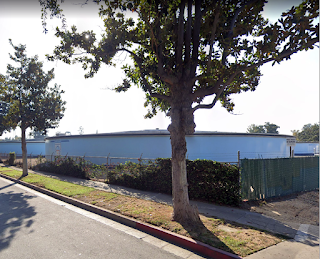 Posted by Sherry Schmidt at 6:35 PM

Sherry Schmidt
South Pasadena, California, United States
For many years I did free-lance watercolors with calligraphy for two greeting card companies, and was fortunate to win some Louie Awards for the work. In 2011 I started painting more personal watercolors, beginning this blog in 2012. I love going out with local plein air groups to paint local scenery. Please email with any questions or comments to chuckschmidt@earthlink.net